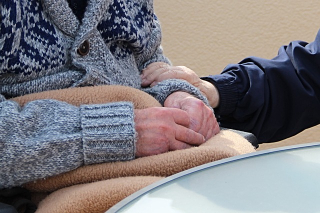 The nursing home sent my name to the collection agency as if this was a debt accumulated by me. Now the debt collector is jeopardizing my credit with my mother's bill which was suppose[d] to be taken care of by Medicaid and Medicare. The statement from the debt collection company is in my name, with my address.

My client had a power of attorney for her friend, a low-income senior with no close relatives. My client met with the nursing home staff and they told her they would be receiving her friend's Social Security benefits directly to cover what Medicaid didn’t. They never sent her a bill. Six months after her friend died, my client received a letter from a local law firm, stating that she owed the nursing home $17,000. My client ignored the letter thinking it was a scam.

The law firm served my client with a lawsuit for over $21,000, alleging she breached the responsible party clause of the admission agreement by not paying her friend’s bills. They also alleged that my client fraudulently conveyed her friend’s assets to herself [even though] her friend didn’t have any assets to convey.

My client missed her deadline to respond to the lawsuit because she couldn’t afford an attorney to help her and almost ended up with a default judgment against her for $21,000. As a legal aid attorney, I was able to step in quickly and file a motion to dismiss, resulting in the entire case being thrown out.

“Nursing homes that participate in Medicare and Medicaid are prohibited from forcing a resident’s family or friends to assume responsibility for the cost of care as a condition of admission or continued stay in the facility,” said Rohit Chopra, director of the bureau. “Debt collectors must take steps to ensure they are not violating the law by collecting on invalid nursing home debts.”

Based on the findings in the report, the bureau and the Centers for Medicare & Medicaid Services have issued a joint letter to remind nursing care facilities that they can’t require a third-party caregiver personally guarantee payment of a nursing home resident’s bills as a condition of the resident’s admission to the facility.

All that happened was that the nursing homes were "reminded"? Wow. Sounds more like attempting to obtain funds by fraud to me. How polite & considerate of the CFPB to just "remind" them, sure sounds like a huge deterrent to trying it again to me (cough, cough). I wonder why CMS wasn't involved. Which agencies enforce violations of the Fair Debt Collection Practices Act and Fair Credit Reporting Act? They're not involved/going to take action? Any idea re: how many people have actually made payments on nursing home debts they weren't responsible for covering? Or how widespread & lucrative such "errors" have been for the nursing home "industry"
In 2008, a friend of mine received similar bills w/requests to pay from a hospital that had provided to a tenant, someone who lived in a cabin on her property. After that I found several articles re: hospitals attempting to get family (not a spouse) whose relative had died in hospital, as my friend's tenant did-or people who weren't legally responsible for the debts of the deceased person.
I believe my friend's tenant had applied (or a hospital social work helped him apply) for Oregon Health Plan coverage (expanded Medicaid) but perhaps it didn't cover all the hospital's accounting dept "believed" it was entitled to and for whatever reason, the very ill person wasn't informed of the possibility of applying for charity assistance w/hospital costs. The tenant had few assets. She called the hospital billing dept, told them she wasn't responsible & apparently the flow of bills mail to her eventually ceased & the alleged debts weren't turned over to debt collectors. The FTC has posted about the practice: https://consumer.ftc.gov/articles/debts-deceased-relatives so I'm guessing it's been a problem for years.

It was a reminder, following a new report, because the nursing homes know it's illegal, but they do it anyway. You're right. The CFPB needs to go after nursing home violators more often. Once again, these enforcement agencies often lack resources. Then, during the Trump administration, enforcement of laws and rules dropped dramatically.