Home About Newsletter Categories Donate
Bloggers write about the past, present, and future
Did you enjoy the Emmy Awards Monday? 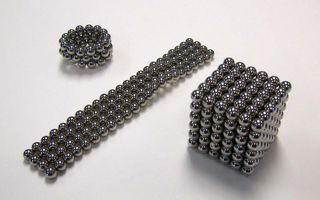 When high-powered magnets are swallowed, they can attract to each other, or to other material that attracts to magnets, through body tissue. This can result in perforations, twisting and/or blockage of the intestines, infection, blood poisoning, and even death.

These injuries can occur when children and teens ingest the magnets, including when teens use the magnets to mimic mouth piercings and swallow them accidentally.

“Pediatricians and pediatric gastroenterologists who see first-hand the health impacts of these magnets have led the way in pushing for mandatory standards,” Alexander Hoehn-Saric, chair of the CPSC, said in a statement.

Hoehn-Saric said consumer advocacy organizations and members of Congress also have called attention on the dangers of these magnets.

The new standard requires loose or separable magnets in some magnet products to be either too large to swallow, or weak enough to reduce the risk of internal injuries when swallowed. If the magnets fit in a small parts cylinder, then they must have a flux index of less than 50 kG2 mm2. Flux index is a measure of magnetic strength.

In 2014, the CPSC established a mandatory federal standard for magnet sets. However, the U.S. Court of Appeals for the Tenth Circuit overturned the standard in 2016. After the court’s ruling, magnet ingestions and injuries rose.

The CPSC estimates 26,600 magnet ingestions were treated in hospital emergency rooms from 2010 through 2021, and cases have been rising annually since 2018. The agency is aware of seven deaths involving the ingestion of hazardous magnets, including two outside of the United States. The majority probably involved magnet sets, the CPSC said.

The new rule applies to consumer products used for entertainment, jewelry (including children’s jewelry), mental stimulation, stress relief, or a combination of these purposes, and that contains one or more loose or separable magnets. It doesn’t include products sold only to school educators, researchers, professionals, and/or commercial or industrial users.

The new rule also doesn’t apply to toys for children under 14 years old, because the CPSC’s mandatory toy standard already covers these products.

The rule goes into effect 30 days after publication in the Federal Register for magnet products manufactured after that date.

The CPSC urges anyone who owns these magnets and magnet sets to discard them to protect children.