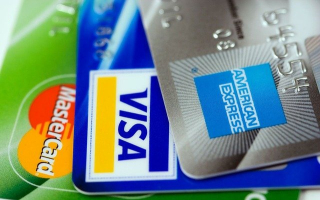 Many people who got “pre-approved” credit offers from Credit Karma weren’t approved for credit and, as a result, wasted time applying and saw their credit scores drop when their applications were denied, the Federal Trade Commission alleged Thursday in a lawsuit.

Credit Karma deceived people by falsely claiming that they’d been “pre-approved” or had “90% odds” of approval for credit cards or loans offered by banks and lenders that used Credit Karma to promote their financial products.

Under a settlement, Credit Karma will pay $3 million to reimburse people who responded to its allegedly deceptive offers but were denied credit. The order also prohibits Credit Karma from making misleading claims that people have been or are likely to be approved for credit or loans.

Credit Karma sent its users recommendations as deceptive “pre-approved” credit offers from about February 2018 through April 2021, knowing that users were more likely to respond if they believed their applications would be accepted, according to the FTC.

But, the FTC said, for many of the supposed offers, nearly a third of the people who applied were rejected by the companies whose product Credit Karma recommended, based on disqualifying financial features, such as bankruptcies.

In addition, the FTC said, the companies’ reviews showed up as hard inquiries on the rejected applicants’ credit reports. A “hard inquiry” indicates that you have applied for credit and can lower your credit score. People also wasted time applying for credit cards they weren’t eligible to receive, the FTC said.

For information on ways to monitor and protect your credit, see the FTC’s “Understanding Your Credit.”

What was Credit Karma's gross profits from its deceptive practices from the date it initiated that behavior/practice & when it ceased (if the deceptive practice has stopped)? If CK didn't have to pay at least 2x its gross profit from that behavior/actions, there's no deterrent effect--the settlement amount is it's just a cost of doing business. CK can probably deduct the entire settlement amount.

A good point. Many company see fines from government agencies as a cost of doing business.