Home About Newsletter Categories Donate
Mugs with cork bottoms recalled by Accompany USA due to burn risk
Are you prepared for an emergency?

Have you tried Angi, formerly Angie’s List, for help with projects? 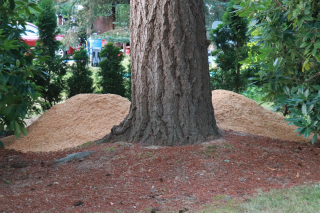 Since the two people who help me with my yard don’t have time to pull weeds and I need to be working on my book instead of pulling weeds, I decided to try Angi to find someone to help.

I haven’t tried Angi before due to the criticism that companies can pay to appear higher up in the search results. This compromises the validity of the Angi’s sorting system, according to Consumer Reports.

I was pleased when the three workers I picked came within a two-day period to give me an estimate. Each had a business card that said they were licensed and bonded.

I picked the first worker; he seemed the most professional. In addition, he listed on the back of his business card some projects I’d like to do in the future: a retaining wall and patio pavers. And, he said he would pull weeds for his basic rate, $50 an hour, when he had time around other big projects.

I asked for a reference, and the reference said he was an excellent, fast worker.

When I sent him a text to book the job, the worker I picked seemed hesitant about setting a date. I said he could have the job if he could come Monday, Sept. 26. I didn’t want one of these workers who keeps putting you off.

On Sunday, I got a text that the worker would be coming on Monday.

He did a good job spreading the alder sawdust on my flower beds to keep the weeds down. However, he overcharged me so I won’t be hiring him again. It’s disappointing. I’d hoped he’d be able to help me regularly with pulling weeds and other projects.

A friend of mine put an ad in the local college newspaper to find someone to pull weeds. She also wants to get her book done. Hopefully, we’ll be able to find that elusive person to pull weeds.

How disappointing! As I was reading, I kept saying to myself, 'Let this be one of the good times.' Alas.

I used Angie's List all the time until they were purchased by Home Advisor. Since then, their whole business model changed in a way I don't like. One time I tried to find a contractor to install a ceiling fan. A random Angi's customer service person call me to schedule the work - without giving me a choice of contractors. Then a contractor called me & asked why I had called him (he only contracted thru a big box store) and I had no idea what he was talking about. He said he wasn't even involved with Angi's. I prefer to reach out to the contractors myself & make my own arrangements. I no longer use Angi's & cancelled my membership.

Thanks, MK, for letting us know about your experience. It's good know you had positive experiences in the past but things changed when Home Advisor bought the site. I was so hopeful when I received three estimates right away; then the guy overcharged me.