Home About Newsletter Categories Donate
More than 30,000 residential elevators are being recalled after spinal injury to child
What to buy and not buy in October 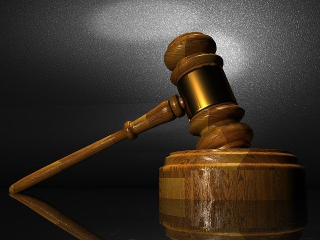 Most consumers don’t know they have “agreed” to give up their rights when they sign a contract that requires arbitration, and that banks or companies nearly always win because arbitration favors business interests, a study by the Consumer Financial Protection Bureau or CFPB reports.

With forced arbitration, you forfeit your right to take problems – even serious ones – with a product or service to court.

Check to see whether companies use arbitration. This information is often buried, with the clauses lurking in links at the bottom of a company’s website under headings such as “terms of use” or “legal terms and conditions.” Search for “arbitration” and “dispute” using the “find” function. Also check the user agreements that most consumers agree to when they purchase a product online. Offline, companies put arbitration clauses in owner’s manuals and warranty materials, and on the product packaging itself.

Opt out when you can. Some companies allow consumers to opt out of arbitration. But act fast and read the instructions carefully. Companies often require you to take the step within 30 days of purchase and to use specific language.

Complain. Use social media to contact the CEO, customer service, and other consumers.

Negotiate using the legal leverage you have. If you have a dispute and find you’re bound by an arbitration clause, know that many companies try to settle disputes informally before beginning arbitration or defending small claims cases in court. Also, some companies may make an offer before you begin legal action.

In 2017, the CFPB proposed a rule limiting the use of forced arbitration and class action waivers. However, after the Trump administration took office, a 50-50 Senate vote struck down the rule when former Vice-President Mike Pence broke the tie in favor of allowing big banks to use forced arbitration freely.

“Forced arbitration is a rigged game, one that banks and other financial industry players nearly always win,” said Robert Weissman, president of Public Citizen, a consumer advocacy organization. “It is far past time for the CFPB to level the playing field and ensure that harmed consumers regain access to the courts when wronged by the financial industry.”