Home About Newsletter Categories Donate
After years of delays, safety agency adopts rule to protect children from dresser and other clothing storage unit tip-overs
Should you buy an I Bond before the Oct. 28 deadline?

FDA’s proposal to use a ‘healthy’ symbol on package food has value, but more needs to be done 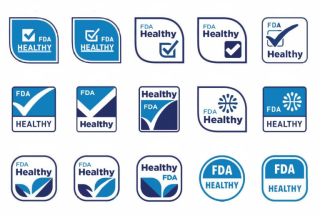 I’m fortunate that my first college degree included classes in nutrition. I learned the value of eating fruits and vegetables for health and avoiding junk food.

However, the recent debate on low-carb or a vegetarian diet, and dozens of spinoffs, has added confusion for the American public, and even me.

A recent proposal by the U.S. Food and Drug Administration to allow food companies to add the word “healthy” on their packaging has value, but doesn’t go far enough, in my opinion.

The FDA says more than 80 percent of people in the U.S. aren’t eating enough vegetables, fruit, and dairy, while most people also consume too much added sugars, saturated fat, and sodium.

The agency said the proposal is part of its ongoing commitment to helping consumers improve nutrition and dietary patterns to help reduce the burden of chronic disease and advance health equity.

Under the proposed definition, in order to be labeled with the “healthy” claim on food packaging, the products would need to:

For example, a cereal would need to contain ¾ ounces of whole grains and contain no more than 1 gram of saturated fat, 230 milligrams of sodium, and 2.5 grams of added sugars.

The FDA is also studying the development of a symbol that manufacturers could use to show that their product meets the “healthy” claim criteria. See the photo above for some examples of what a symbol could look like.

The FDA said in a statement:

The agency realizes that consumers are busy and, while shopping, may be seeking a quick way to identify and select healthy products. The updated ‘healthy’ claim, and potential symbol, together would act as quick signals to help consumers identify healthier food choices more easily.

This action is the latest in the FDA’s attempts to simplify food label information so it’s easier for consumers to identify healthier food choices. It is also an attempt to head off what food companies most definitely do not want: warning labels like those used in Chile, Brazil, and several other countries. These have been shown to discourage purchases of ultra-processed ‘junk’ foods, just as they were supposed to, a message understood even by children or adults who cannot read. No wonder food manufacturers will do anything to prevent their use.

The FDA’s plan is strong enough to exclude huge swaths of supermarket products from self-identifying as “healthy,” Nestle said. Products bearing the “healthy” symbol will have to contain real food and be low in saturated fat, salt, and sugar, as called for by federal dietary guidelines.

However, she said, the new rules won’t stop “healthy” products from being loaded with additives and artificial sweeteners, adding the FDA won’t require warning labels for unhealthy products, which work better than other symbols.

Nestle said these proposals are a marked improvement over the current situation, but the FDA could to more by looking into the idea of warning labels and defining the term “natural.”

The FDA is seeking feedback on its proposals. Comments can be made until Dec. 28 at Food Labeling: Nutrient Content Claims; Definition of Term “Healthy.”