Not registered to vote in the mid-terms? It’s not too late in most states, but Oct. 11 is the cutoff in a dozen states 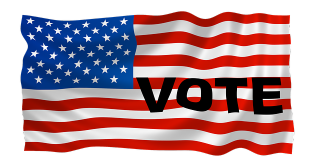 To check registration details in your state, click here.

So much is at stake in the mid-term elections this year.

Dozens of Republican election deniers are on the ballot and they’re vying to be governors, members of Congress, and even secretaries of state, who as chief election officials could call into question legitimate elections results.

As a long-time member of the League of Women Voters, I can’t imagine election deniers being in charge of their states’ elections, especially for the 2024 presidential election in swing states.

The top issues on voters’ minds are the economy, abortion, inflation, education and schools, immigration, and climate change, according to a Washington Post-ABC poll. You’ll need to look over the candidates and decide which ones align with your view for the future.

The results of the mid-terms will determine the direction of the country for the next several years.

Up for grabs are the majorities in the U.S. House of Representatives and Senate. If Democrats win, President Joe Biden will continue to work to get his programs passed through Congress. If the Republicans win, they’ll block Biden on almost every issue.

Republicans hope to take over more governorships and continue to dominate state legislatures. With election deniers as governors and secretaries of state, Republican majorities in state legislatures could try to overturn elections, threatening American democracy.

Also research carefully local offices. The Right is focusing on school boards as a way to impose their conservative ideas onto school districts.

City council and county commission positions, and other office at the court house, are important to how communities operate. “Cut taxes” candidate could have a great impact on your city as it struggles to recover from the pandemic and continues to work for solutions to homelessness.

So, get registered, if you haven’t done it yet, and read up on the candidates and issues. There’s lots of information available.

First, get a sample ballot so you’ll know what you’ll be voting on. Go to at Vote411 or Ballotpedia to get one.

Many states have voters’ pamphlets, candidates have websites, newspapers make endorsements, and information is available on social media.

You can also follow the local news and ask community members for their suggestions.

It’s vital that citizens study the issues and vote in the Nov. 8 election.

Good luck to us all.