Home About Newsletter Categories Donate
Should you buy an I Bond before the Oct. 28 deadline?
Bloggers scrutinize aging, politics, and Halloween 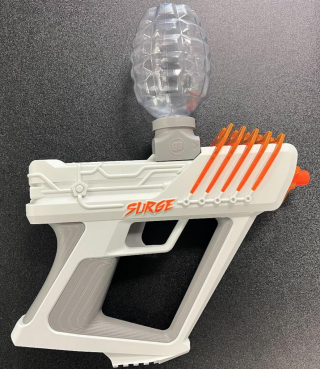 Do you know what a toy gel gun is? They shoot gellets, small, colorful water-hydrated balls that pop on contact and immediately begin to disintegrate, leaving no stain, no mess, and no clean up.

Toy gels guns are being used for games like paintball and have gained popularity because they make less mess.

However, some toy gel guns looks like real guns and are causing concerns among law enforcement officials because incidents have occurred in which these toy guns have been mistaken for real guns. In addition, in the past year, TikTok has shown a challenge involving toy guns that fire water beads or Orbeez.

Last week, among the largest recalls is the Gel Blaster SURGE 1.0 toy gun, with about 62,700 of the guns on the recall list. The problem isn’t that the gel blaster resembles a real gun, it’s the battery.

The lithium-ion battery pack inside the handle can overheat and ignite, posing a fire risk.

Gel Blaster has received 30 reports of smoking or fire near the handle of the recalled gel blaster where the battery is located. No injuries have been reported, the company and U.S. Consumer Product Safety Commission said in a statement.

The recalled gel blaster has a white body and is gray around the handle. The word “SURGE” is printed in orange on the side. A pineapple-shaped hopper that holds the gellets attaches on the top, and a black on/off switch is located at the back of the blaster.

For more information, call Gel Blaster at 844-435-5387 from 8 a.m. to 5 p.m. CT, Monday through Friday, email recall@gelblaster.com, or visit https://gelblaster.com/pages/safety-recall.