Home About Newsletter Categories Donate
Why did I have my yard work helper pick out my grave?
Tea kettles are being recalled by Target due to fire and burn risk

Try Trader Joe’s for some good prices on organic food 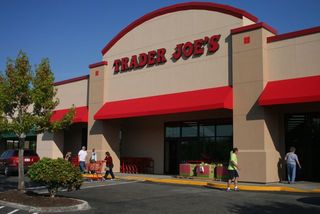 In 2013, I attended the opening of a Trader Joe’s store in Olympia, Washington. My friends, who traveled to Lakewood to shop at a store there, and other friends were buzzing about it.

I was surprised that the store was small, and the vegetables were all shrink wrapped. And, only about a quarter of the vegetables and fruits were organic.

But, I took another look at Trader Joe’s recently because I made about a dozen trips to T-Mobile, which is next door, when I switched from Verizon. (But that’s another story. See “Unfortunately, Switching from Verizon to T-Mobile Wasn’t as Easy as I’d Hoped” for details.)

In addition, a friend of my daughter’s said he shopped there because it was cheaper than PCC Markets, a string of co-ops in Seattle.

Since I buy most of my food at two local co-op stores, I thought I’d check out what Trader Joe’s has to offer. Here’s a price comparison:

The price comparisons were made over about a six-week period. Two prices are listed when the price was different the second time I purchased an item. 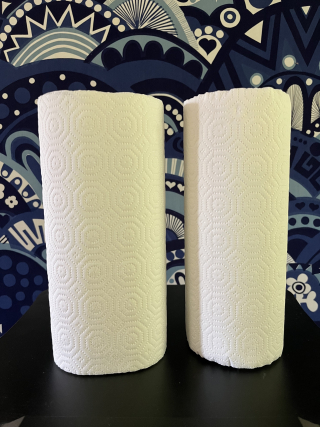 The Trader Joe's paper towels, on the left, are slightly larger than the ones I buy at the co-op. However, they're a bit scratchy for blowing your nose, not a usual use for paper towels, though.

The produce at Trader Joe’s is usually good quality. Like the fresh green beans at Safeway in a package, however, you need to cook them soon after you buy them or they start deteriorating.

These days, not everything at Trader Joe’s is in packages. There are more bulk bins, which is a good change.

Trader Joe’s also has a variety of canned and packaged food. It puts different labels on some well-known brand name foods, then sells it at discounted prices.

And, Trader Joe’s has inexpensive wines, which people have joked about calling it “two buck Chuck.” Reviews say some is good and some is not so good.

So, check out Trader Joe’s and see if you can find a bargain. But, also, keep comparing prices. I found a bargain on Beyond Sausages, $4.50, when I went to buy some soft drinks on sale at Fred Meyer.