Home About Newsletter Categories Donate
Kim Kardashian to pay $1.26 million to settle SEC charges she illegally hyped cryptocurrency on social media
Why did I have my yard work helper pick out my grave?

Watch out when using the Zelle payment app as fraud and theft are rampant, senator says 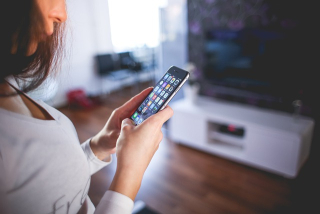 On Facebook this week, a woman in a financial group told about how she almost paid $2,500 to a scammer on Zelle.

It was the government imposter scam. A guy told her she owed $2,500 because she’d missed a court date. The calls went on for about an hour. A friend on another line kept telling her not to send the money. Zelle also offered warnings.

Fortunately, she didn’t take the final step to send the payment. You often don’t get your money back on payment apps such as Zelle when fraud or a mistake occurs.

Fraud is growing on the Zelle platform and banks aren’t refunding the vast majority of defrauded consumers, breaking their promises to their customers and potentially violating federal law, a new report by U.S. Senator Elizabeth Warren (D-Mass.) finds.

“New internal data from the big banks shows that their platform Zelle is rampant with fraud and theft, and few customers are getting refunded – potentially violating federal laws and consumer rules,” Warren, a member of the Senate Banking, Housing, and Urban Affairs Committee, said in a statement.

The report shows that:

Early Warning Systems, the parent company of Zelle, provided little data on the volume of fraudulent transactions occurring on the platform so each of the banks that own the parent company were asked to provide information about the Zelle scams and frauds its customers have reported to them.

So, once again, it’s buyer beware.