Home About Newsletter Categories Donate
Watch out when using the Zelle payment app as fraud and theft are rampant, senator says
Try Trader Joe’s for some good prices on organic food

Why did I have my yard work helper pick out my grave? 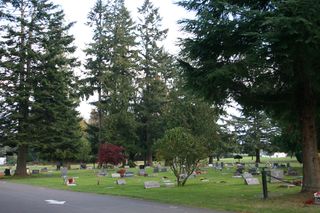 My daughters are runners, and when they come and visit, they run through a cemetery that’s about 10 blocks from where I live.

Recently, they’ve been after me to pick out my grave. Mona even stopped by the office and brought me a map of the different sections of the cemetery.

When Lisa visited in July, she said we could go together and pick out a grave. But, as usual, we got too busy. After she and her family returned to Madrid, I drove over to the cemetery to check out the sections and look for a good location.

However, it upset me. I don’t mind driving by the cemetery and knowing that I’ll be buried there someday. However, I don’t want to know where that spot is right now.

When my yard work helper, Erin, came for a recent job, I told her that the schedule had changed. Instead of preparing the fence for staining, she’d be picking out my grave. She looked really surprised, and said O.K.

When we arrived at the cemetery, we got the cemetery map and looked through the different sections. My only criteria was by a tree.

It was a hot day. I sat in the office with Erin’s little dog while she went around with the cemetery employee.

Finally, the deed was done. My grave is somewhere in the cemetery pictured above. Erin said it was a nice plot under a tree, a real feat because the cemetery has a lot of new sections with no trees at all.

When we arrived back at my house and I got out my billfold to pay Erin, she said no charge. She’d been having something that was bothering her, but picking out a grave really got her mind off of it, she said with a laugh.

My grave cost $4,953. That includes the cost of the gravesite, a temporary partial grave liner, the grave liner, and opening and closing the grave.

The cemetery representative said the costs would be going up Jan. 1, 2023.

Lisa also wants half of her ashes to be placed in the grave, so both of our names are on the title. That way, her family will save money in the future.

When should you pick out a cemetery plot?

Sooner rather than later to save money.

He laughed when I told him my yard work helper picked out my grave, and he suggested I write about it.

The famous blogger said he purchased a grave at age 41 because it will be much cheaper to buy a plot now than in 80 years when he’ll actually need one.

And, J. Money said, it will be a lot less hassle for loved ones to have to deal with later. They’ll know he wants to be cremated and where to place his ashes.

In addition, he decided to make it a family plot so anyone in his immediate family can be buried there, too. The only caveat is that they need to be cremated, because there’s unlimited space with cremated remains. His father has expressed an interest in being buried there. The plan is to get a monument where everyone’s names are etched as time goes on rather than multiple headstones.

Unlike me, J. Money said It brings him peace knowing where he’ll be resting for the rest of his life . . . a sort of closure, but getting it ahead of time.

“It’s an interesting ‘experience’ to go through,” he told me in an email. “Nothing makes you face death more than picking out your own cemetery plot – it really put things in perspective!”

J. Money also said it reminds him to be grateful for the time he has left.

“Everyone around my plot has been long gone, and [it] reminds me that I’m still very much alive and should cherish every damn minute of it as best as I can,” he said.

How much do cemetery plots cost?

The average cost of a cemetery plot depends on many factors. These include whether the cemetery is public or private, the lot size, the location of the space in the cemetery, and where you live. Areas with high living costs also have high prices for final arrangements.

Private cemeteries cost much more than public cemeteries. You can expect to pay between $2,000 and $5,000 for a space. In some places, especially major urban areas, prices can be as high as $25,000 for a single space and $50,000 for a double-depth companion plot.

Update: When Erin came to work on the fence Thursday, she said she had second thoughts about the grave she picked out for me. She said the tree it’s under is really big, so she’s worried the roots will cause a problem. She stopped by the cemetery and asked the cemetery representative if she could pick out another one. (I gulped, thinking I’d need to sell the current one to buy a new one.) He said she couldn’t change it, but if she came in with me and I brought the paperwork, he’d make the switch. So, another trip to the cemetery with Erin and her little dog.

Love so much that you had Erin do that :)

Gotta do what you gotta do sometimes!

My husband and a dog are in a park he used to bike in where I threw the ashes after being stuffed in a closet for several years. I'd just as soon get thrown somewhere as well that's maybe in the ocean or a forest. I just can't get into the cemetery thing and the cost is insane where I live. But glad you got that out of the way and Erin helped.

Everyone is different about this. Death is something we don't like to talk about in America. I'm glad I thought of a solution because my daughters wanted something done. I wish my family had planned ahead and had arranged for plots together. It might have been nice to be buried near my parents in Wenatchee, Washington. But, too late now. A lot of my mom's relatives lived in Ritzville, Washington. Some of them are buried near each other in the Ritzville cemetery. That must be easier to do in a small community. The average cost of a plot in Los Angeles is about $12,576. That is crazy.

Yow. Something I haven't even thought about. Short-sighted me. Thank you for the nudge!
(And the story!)

A lot of people liked the story. I'm glad it was a nudge.

Wow, it was a very strange and interesting story, thank you

Well, it's turned out fine. My daughters are happy I've picked out a cemetery plot, and as J. Money says, it's only going to get more expensive. I'm glad now that it's done.