Why isn’t anyone talking about price gouging causing a third or more of inflation? 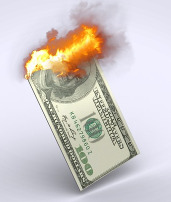 Americans are being challenged by the highest inflation in 40 years. It’s everywhere. At the grocery store, the gas pump, in rent checks, when you buy prescription drugs, and more.

With the mid-term elections coming up soon, I thought everyone would be talking about price gouging and inflation. However, political candidates and the media seldom mention it.

Corporations are using inflation as an excuse to raise their prices, hurting workers and consumers while they enjoy record profits, Robert Reich, professor, author, and political commentator, said on his website.

Corporations could easily absorb higher costs, but instead they’re passing them on to consumers and even raising prices higher than those cost increases, Reich said. As a result, corporations are raking in their highest profits in 70 years.

Most of 100 U.S. companies analyzed had soaring profits, according to an analysis by The Guardian. It looked at the companies’ profit growth from the most recent reported profits filed with the Securities and Exchange Commission – as of March 2022 – to two years prior.

The analysis found net profits up by a median of 49 percent, and in one case by as much as 111,000 percent.

Just how much of inflation is caused by price gouging?

Corporate profits accounted for more than half of the price growth between 2020 and 2021 in the non-finance corporate sector, the companies that produce goods and services which make up about 75 percent of the private sector, according to the Economic Policy Institute, an economic policy think tank.

And what do the latest figures show?

The Labor Department’s latest Consumer Price Index or CPI report for September 2022 makes it clear that corporate greed remains a primary driver of inflation, according to Accountable.us, a corporate watchdog group.

Some of the largest companies within the CPI’s major categories – food, energy, healthcare, and shelter – have raised prices while making more than $6 billion in increased profits in the first half of FY 2022 compared to FY 2021, an analysis from Accountable.US found. Meanwhile, these same companies have increased spending on shareholder handouts by $15.4 billion year-over-year for a total of $62.6 billion.

“Any corporation that keeps marking up prices on families despite reporting massive profits and generous giveaways to wealthy investors has a choice – yet so many are choosing greed over helping to stabilize costs,” Liz Zelnick, spokesperson for Accountable.US, said in a statement. “Across industries, we’re seeing unreasonable price hikes that clearly go well beyond any supposed added cost of doing business.”

Reich said corporations are getting away with price gouging because they face little or no competition.

What needs to be done?

“Unless we address this growing imbalance, corporations will continue siphoning off the economy’s gains into their CEOs’ and shareholders’ pockets – while everyday Americans get shafted,” he said.

Update 1: Nestlé and Procter & Gamble, two of the world’s largest consumer-facing companies, continued to raise prices last quarter, generating higher sales even as shoppers, squeezed by inflation, cut back on the amount of cereal, yogurt, detergent, and other goods they bought, according to an article in The New York Times. Executives also said that the prices would remain high in the coming quarters. Price gouging wasn’t mentioned in the article although Nestles officials said they expected profits of 17 percent this year and Procter & Gamble said profits for the third quarter were just under $4 billion.

President Joe Biden asked the oil companies Wednesday to increase production, because they’re received more certainty from the government, and to pass the savings from windfall profits on to consumers rather than buying back stock which passes that money to shareholders.

In the second quarter of this year, profits at six of the largest oil producers, publicly traded companies, were more than $70 billion, Biden said.

The price of oil has fallen nearly $40 a barrel since mid-June and in the past two weeks, the price has fallen $4 a barrel, he said.

“When the cost of oil comes down, we should see the price at the gas station – at the pump come down as well,” he said. “That’s how it’s supposed to work. But that’s not what’s happening.”

The first half of the year, oil companies spent more than $20 billion buying back their own stock and, a buyback that’s the most significant in almost a decade, Biden said.

If retailers and refiners were earning the average profit they’ve made over the last 17 years, Americans would be paying at least 60 cents less per gallon for every gallon they buy, he said.

“Bring down the price you charge at the pump to reflect what you pay for the product,” Biden said. “You still make a significant profit.  Your shareholders will still do very well.  And the American people will catch the break they deserve and get a fair price at the pump as well.”

I'm with Reich, have asked my elected reps to make those changes for at least 16 years, since the US hasn't enforced (forget updating them to cover private equity entities, etc.) antitrust rules for years. Bush II, Cheney, Inc, settled the US DOJ suit against Microsoft as soon as he/they took office pretty much, while the EU persevered, won, and when Microsoft didn't comply w/the judgment/settlement, sued again to enforce it/force compliance.
The changes Reich suggests are long overdue; from what I've read on his blog, he's been saying the same for years. Unfortunately I don't expect either party to adopt those changes in their platforms and actually implement them if elected until there's comprehensive campaign reform--which the current majority would declare violated the US Constitution (just as the 14th amendment was determined by a majority of the US S.Ct at one time not to apply to black people but instead to corporations) if the issue reached the court. Which it would.

Senators Elizabeth Warren and Tammy Baldwin and Rep. Jan Schakowsky introduced the Price Gouging Prevention Act of 2022, which would prohibit the practice of price gouging during all abnormal market disruptions – including the current pandemic – by authorizing the Federal Trade Commission and state attorneys general to enforce a federal ban against unconscionably excessive price increases, regardless of a seller's position in a supply chain. However, the bill is stuck in committee. I'm glad Robert Reich talks about price gouging all the time and am fortunate to get Accountable.US' newsletter. Its newsletters report has quote from corporate leaders on how inflation is beneficial to them.

I would've very much like to have voted for Senator Warren for president. She seems to be one elected representative who wants to further/protect the interests of the non-wealthy & is actually aware of what they may be. Not sure how much she could've gotten done though, given the still current attitude towards "progressive" women elected representatives but it would've been great to see someone like her in the White House.

Yes, I agree. Sen. Warren is great. I was disappointed that more voters didn't support her. I think she has outstanding positions on consumer issues. Corporations don't like her for obvious reasons. She continually calls out their wrongdoing and proposes legislation to curb their abuses. We need more lawmakers like her. She is indeed a consumer champion.