In this year of change, the changes keep coming

I should have been more prepared. The Australians warned us. The wildfires they experienced during their summer fire season were the worst in history. But here I am. Not only staying home due to covid-19, but now, I have to stay inside due to smoky air from wildfires throughout the West Coast. Read more → 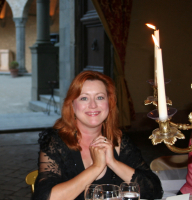 It’s hard to know what to say on the 19th anniversary of the 9/11. The terrorist attacks changed the world. Operation Enduring Freedom was launched, and the far-reaching, expensive, devastating, decades-long “fight” against terrorism worldwide continues. This year, we’re having the coronavirus pandemic. Read more →

Donating to wildfire relief? Watch out for scammers

Thousands of acres of land across the West Coast, especially in Southern California, are continuing to burn and evacuations are still being ordered for many homes as the flames are being battled by firefighters. There are more than 100 large fires in California, Oregon and Washington. Read more →

On Labor Day in my community, we usually celebrate Harbor Days. I go to the waterfront and take photos of the boats, people, and booths selling food and summer fair items. This year, due to coronavirus, we had Harbor Days Lite. No tug boat races were held. People were encouraged to do other maritime activities at home or online. Read more →

Facts and figures for Labor Day 2020 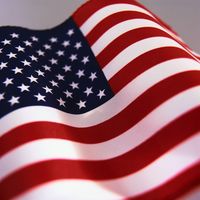 As Labor Day approaches, it’s a time to celebrate American workers and take a look at how they’ve been impacted by the covid-19 pandemic. Although the United States is slowly regaining lost jobs, the national unemployment rate is still higher than normal at 10.2 percent as of July 2020. Read more →

An estate plan is meant to make life easier for the people you love. You make it for yourself – so you maintain control over your medical decisions and the way your assets are distributed, to protect the legacy you’ve built – but really, it’s about the people you love. Read more →

Make sure a scammer isn't getting employment benefits in your name

In Washington state where I live, scammers have stolen hundreds of millions of dollars in employment benefits. The state, in a hurry to get payments to people needing funds during the pandemic, didn't have adequate safeguards in place to stop crooks. Now, the process has been slowed down to do more checking. How are scammers doing this? They're filing claims for unemployment benefits, using the names and personal information of people who haven't filed claims. People learn about the fraud when they get a notice from their state unemployment benefits office or their employer about their supposed application for benefits. If this happens to you, it means someone is misusing your personal information, including your Social Security number and birth date, said Seena Gressin, attorney for the Federal Trade Commission's Division of Consumer and Business Education. Gressin said to act fast using these steps to help protect your finances and credit: Read more →

America is in turmoil. Millions of Americans are pouring out into the streets to protest the death of George Floyd, a black man who was murdered in Minneapolis, Minnesota, when a police office pressed his knee on his neck until he died. All this in the middle of the covid-19 pandemic.  I'm stressed. I don't know what's going to happen next. Police reform? I hope so. Millions more getting the coronavirus and thousands more dying? I hope not.  I've decided what I'm going to do in these challenging times is make a large contribution on an organization that works to improve my community, including working on homeless issues. Read more → Just three months after the first reported coronavirus-related death in the United States on Feb. 29, the confirmed covid-19 death toll in the nation has surpassed 100,000, far exceeding the number of confirmed deaths in any other country. Since the beginning of the pandemic, President Donald Trump’s chaotic and incompetent response has fueled the spread of the coronavirus in the U.S. and beyond, causing tens of thousands of preventable deaths, according to Public Citizen, a consumer advocacy group. Here are 12 things Trump did to speed the pandemic and push the death count higher: He didn’t prepare. For the first three years of his administration, he failed to take steps to prepare for a long-expected pandemic by expanding the inventory of critical medical supplies in the Strategic National Stockpile, strengthening the U.S. Centers for Disease Control and Prevention, and bolstering other critical components of our national public health system. Read more →

I hope your Mother's Day is going well. For about the last 10 years, I've spent the month of May in Madrid with my daughter Lisa and her family. This year is very different. Although I bought a ticket in early March, it soon became apparent as the pandemic unfolded that I wouldn't be able to go this year. I'm tempted to head to Sacramento to visit my daughter Mona. However, that wouldn't be wise. Also sad, Lisa and the kids won't be able to visit us this year in the United States in July, and, in addition, I won't be able to visit Spain for the holidays at the end of the year either. For Mother's Day, Mona sent me flowers and chocolates, shown above, which were delivered Saturday. The delivery was a big surprise because the flowers were scheduled to come Monday. I opened the garage to take a letter out to the mailbox. Right there, in my driveway was a white van with a guy was getting out of it. It was shocking because it's so long since I've had company or visited anyone. Read more →