Facts and figures for Father’s Day 2022

Although the idea of Father’s Day was conceived in 1909 by Sonora Dodd of Spokane, Washington, to honor her father, a widowed Civil War veteran who was left to raise his six children on a farm, it wasn’t until 1966 that President Lyndon Johnson designated the third Sunday in June as Father’s Day. Read more →

Facts and figures for Memorial Day 2022

The purpose of Memorial Day to honor those who have died in service to their country. In addition to somber remembrances, ceremonies, and parades, 59 percent of Americans plan to barbecue over Memorial Day weekend, while 15 percent will take a trip. Memorial Day sales also are popular. Read more →

Dollar Tree is recalling about 1,025,000 Crafter’s Square glue guns in the United States and 21,900 in Canada. The glue gun can malfunction when plugged in, posing fire and burn risks. Dollar Tree has received seven reports of electrical malfunctions when using the glue guns. Read more →

Facts and figures for Easter 2022 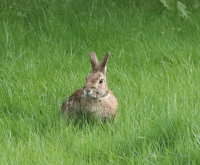 What are your plans for Easter? Eighty percent of consumers plan to celebrate Easter this year and will spend an average $169.79, according to the National Retail Federation. Total spending for the holiday is estimated to be $20.8 billion, down slightly from last year's forecast of $21.6 billion. Read more →

It's time to take look at what my blogger friends are up to as April showers are bringing May flowers. In “Am I Just an Old Fogey?,” Tom Sightings of Sightings Over Sixty wonders whether it’s O.K. for Jen Psaki, President Biden’s press secretary, to leave her job and work for MSNBC as a program host on Peacock and an analyst. Read more → 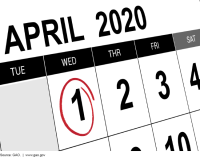 On the day when everyone makes jokes, remember not to make tasteless or inappropriate jokes about people, especially about how people look or their illnesses. Last night on “The Late Show,” Stephen Colbert had a sketch about women with “lesser-celebrated” accomplishments for Women’s History Month. Read more →

The 2022 Oscars show: Some questionable moments, aside from the slap

Every year, I watch more than 30 Academy Award nominated movies and review them for violence, sexism, and ageism. The reason I take the time to do this is that I think that movie makers can do a much better job producing movies that are meaningful instead of junk. Read more →

Posted at 02:10 AM in Companies, Consumers, Entertainment | Permalink | Comments (7)

Although there are some brilliant moments in the 2021 Oscar nominated movies, recurring reliance on violence and coming of age stories about males dominate the offerings. And last year’s movies have a new dark element, the psychological thriller, a slow moving movie that suddenly has a twist at the end. Read more →

I love Ireland. My daughter Lisa and I went to visit in 2016. My grandmother’s maiden name was Bailey or Baylee. We were fortunate to get a copy of our family history, and were able to meet modern day Baileys in Kilkishen, County Clare. What a wonderful visit we had. Read more →

Super Bowl ads continue to be unimaginative in 2022, with violence again being used to sell

The Super Bowl ads for 2022 were mostly disappointing. Although a few had a good message, the overall feel of the game show was dystopian. A QR code drifting across the screen, ads for apps and betting websites I’d never heard of, and supposedly clever ads featuring stars from TV series I’ve never seen. Read more →