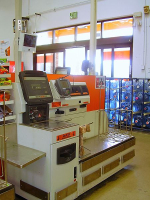 The Home Depot will pay $17.5 million to resolve investigations into its 2014 data breach that exposed the payment card information of about 40 million Home Depot customers across the nation. Hackers gained access to the company's network and put malware on its self-checkout system. Read more →

Watch out for holiday fair scams as the fairs move online

With the pandemic, many local holiday markets and craft fairs have moved online. Scammers are creating phony copycat events that charge for admission and steal your credit card information. Read more →

College students are being targeted by coronavirus scams

If you’re a college students, you’re probably not on campus. However, scammers are still trying to find you. You or your friends may have received an email saying it’s from the Financial Department of your university. It tells you to click on a link to get a message about your covid-19 economic stimulus check – and it needs to be opened through a portal link requiring your university login. Don’t do it, said Ari Lazarus, consumer education specialist for the Federal Trade Commission, because it’s a phishing scam. If you click to “log in,” you could be giving your user name, password, or other personal information to scammers, while possibly downloading malware onto your device. How can you spot and avoid scams like these? Lazarus advises before you click on a link or share any of your sensitive information: Read more →

Be alert for scams related to the pending federal stimulus package. While a deal has been negotiated and the bill awaits final votes and the president’s signature, Congress’ economic relief package proposes to send money to individual Americans due to financial distress caused by COVID-19. These one-time payments could range from $1,200 per individual and up to $2,400 for joint taxpayers, depending on income. Some Americans may receive physical checks in the mailbox rather than by direct deposit. However, scammers are already using the proposed federal stimulus package as an opportunity to prey on consumers. Read more → Court grants FTC’s request to halt scheme that offered fast government services through hundreds of fake websites Defendants operating hundreds of websites that promised a quick and easy government service, such as renewing a driver’s license or determining eligibility for public benefits, were ordered by a federal court to temporarily stop their activities. The FTC alleges that consumers provided information because they believed the websites would provide the services. Instead, consumers received only a PDF containing publicly available, general information about the service. Read more →

As usual, most of the end-of-the-year, round-up articles are about national issues or corporations. If consumers are mentioned, it’s usually about how they’re responding to some corporation. For the most part, it’s been a grim year for consumers. With the Trump administration that is so probusiness and anti-consumer, the not much is happening for consumers. 1. President Trump is impeached. We have a president who puts his personal interests above the public interest. He tried to bribe the Ukrainian president to get him to investigate a political rival. As a result, he’s been impeached by the U.S. House of Representatives. This is incredible. How a percentage of the American can support Trump is a great mystery to me. He and his administration announce anti-consumer proposals almost daily. In addition, we have a president who lies. Since he was elected, Trump has told more than 15,000 false or misleading claims. In 2019, he’s said that the U.S. economy today is the best in history, he passed the biggest tax cut in history, the U.S. has lost money on trade deficits, article II of the Constitution lets him do whatever he wants, windmills cause cancer, and toilet flushes are up. All are untrue. 2. The Trump’s administration attacks on the environment have largely failed. Many of Trump’s most dangerous environmental policies have been blocked by a combination of federal court rulings, grassroots opposition, and corporate hesitation to back the president’s radical agenda, according to the Sierra Club. After nearly three years, Trump’s promise to build the Keystone XL pipeline is unfulfilled. His attempts to nullify California’s tailpipe standards for cars and trucks hasn’t worked as four major automakers have cut a deal with California to abide by the it’s stronger rules. Coal company bankruptcies continue to go up despite Trump’s promises to revive the dying industry. Trump’s hope of opening up vast new sections of the U.S. coast to offshore oil and gas drilling is dead. And 2019 has come and gone without any seismic testing or drilling leases occurring in the Arctic National Wildlife Refuge. In court, the Trump government has been on a losing streak. Earthjustice has filed more than a hundred legal challenges against Trump environmental policies; so far, 37 of those lawsuits have been decided, and Earthjustice and its clients have won 32 of them, or 86 percent. These victories have protected Yellowstone-area grizzly bears from being hunted; kept the Chemical Disaster Rule in place; paused new coal mine leasing on public lands; halted a proposed copper mine in Arizona; and maintained methane emissions rules on Bureau of Land Management lands. Read more →

Watch out for scammers saying they’re from the FTC

Did you recently get an official letter from the Federal Trade Commission? Be careful. Scammers have been faking official-looking FTC letterhead to write frightening messages to people, threatening them. A Pennsylvania man received a letter saying his online and financial activities put him under suspicion of money laundering and terrorism. And, all his activities would “be under review.” Read more →

When a natural disaster occurs, scammers are right there, adapting their fraudulent techniques to the latest emergency. If you suffered damage from Hurricane Dorian, or if you’re looking for ways to help those in need, you can get information at ftc.gov/weatheremergencies. It offers ways to spot the scams that often follow disasters. After a storm like Hurricane Dorian, scammers often target people who need to get their homes cleaned up or repaired, or find a new place to rent, said by Colleen Tressler, consumer education specialist for the Federal Trade Commission. Scammers may pose as a government official, asking for financial information or money to apply for aid that you can request on your own for free. They often demand that you pay by gift card, prepaid card, or by wiring money. That’s always a scam, Tressler said. Read more →

Routers vary in their ability to protect consumers from hackers, Consumer Reports finds 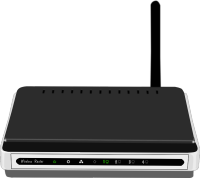 Consumer Reports has announced the first privacy and security ratings since the launch of its Digital Lab, which works on privacy, digital security, and other issues in digital consumer protection. It tested 29 routers and found differences in how routers – even those from the same brand – protect consumers. “Routers serve as the gateway to all the connected devices in our homes, which makes them a target for bad actors looking to compromise a network and steal personal data,” said Robert Richter, head of privacy and security testing at Consumer Reports. “That’s why CR’s evaluation of router privacy and security is so important. Consumers should know where they might be vulnerable, and how they can protect themselves.” Read more →