My dad was really good at guessing what was in his presents. One time, to fool him, I bought him a magazine subscription and I put it in a toy jack-in-the-box. When he turned the handle, boom. The clown delivered a note about the present. He was really surprised. This year, in the midst of the covid-19 pandemic, a lot of the activities we’d usually do with our dads, wouldn’t be a good choice for this year. For example, getting on an airplane to visit your dad is risky. Also, going to a restaurant with a large group of people isn’t advisable. Nor or hugs, unless you’ve been staying at home together. But, you can order a present and make plans for a get together later. Some gift ideas include: Read more →

In the past, I’ve written dozens of articles on how to celebrate Mother’s Day. However, this year is so different. Instead of being in Madrid celebrating with my daughter and her family, I’m at home by myself, picking up groceries once a week as my only outing. Fortunately, except for the people who have to work, you can still order things for Mother’s Day gifts. And, in some states, restaurants are opening. However, in Washington state where I live, we are still under Stay Home, Stay Healthy orders. I think it’s too early to go out to a restaurant, so I’m not putting that on my list. Read more → 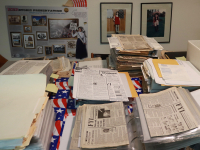 Baby boomer bloggers keep chugging on even in tough times

It’s been a tough week. I had to organize the hundreds of photos I took at the National Women’s History conference in early January, which meant I lost time writing my book, “Follow the Money: My Life as a Financial Journalist.” On Sunday, the Super Bowl was so violent, the game itself and the ads, and sexist, the half time show, that I’m trying to get over it before it before I write about the Super Bowl ads. Then, the delay in results for the Democratic winner of the Iowa caucuses disappointed. Next came the state of the union address, which I didn’t watch, but I’ve had to endure dozens of clips on the radio and television. Then, Wednesday, the Senate voted to acquit President Trump. Can I go to bed and cover up my head? Meanwhile, my baby boomer blogging friends are writing about: Read more → 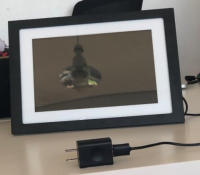 The Federal Trade Commission is suing online dating service Match Group, the owner of Match.com, Tinder, OKCupid, and other dating sites, alleging that the company used fake love interest ads to trick hundreds of thousands of consumers into buying subscriptions on Match.com. The FTC also alleges that Match exposed consumers to fraud. In addition, the agency alleges Match offered false promises of “guarantees,” failed to provide services to consumers who weren’t successful in disputes, and made it difficult for users to cancel their subscriptions. “We believe that Match.com conned people into paying for subscriptions via messages the company knew were from scammers,” said Andrew Smith, director of the FTC’s Bureau of Consumer Protection. “Online dating services obviously shouldn’t be using romance scammers as a way to fatten their bottom line.” Read more →

How to plan a cruise

Going on a cruise is quite an adventure, I learned as a first-time cruise goer in late March. It was a seven-day cruise to the Caribbean with stops in Jamaica, Grand Cayman Island, Costa Maya, Mexico, and Cozumel, Mexico. The purpose of the cruise was to celebrate my sister’s 80th... Read more →

While my baby boomer colleagues were busy writing articles at home, I was on a seven-day cruise in the Caribbean. It was fantastic. The weather was good, the food fantastic, the excursions interesting, and the seas not too heavy. I’ll be writing about how to pick out a cruise and... Read more →

How to buy a winter coat

Why am I writing about this when spring is approaching? Because winter coats are on sale now and it’s a good time to get a bargain. I like long, warm wool coats, especially red ones. My niece brought the coat in the photo as a present for me. It fits... Read more →

Every year I write about the Academy-Award nominated movies and evaluate them for violence, ageism, sexism, and diversity. The results this year? Movies are more diverse, but still too violent. And more films are needed where women and older adults are the leads. While I’ve spent hours this week finishing... Read more →