It’s the big day for sweethearts. Fewer people are celebrating Valentine’s Day this year, 50 percent which is down from 55 percent last year. Of those celebrating, 18 percent are giving the gift of jewelry; 34 percent, an evening out; 18 percent, clothing; 35 percent, flowers; 52 percent, candy; 15... Read more →

As Valentine’s Day approaches and throughout the year, watch out for romance scams

Romance scams are different from other scams. Fraudsters prey on lonely people looking to connect with someone, and the scam can often take months to develop to the point where money changes hands. The emotional harm to the victim can be even more painful than the money lost. The use... Read more →

Baby boomer get back to work after a tumultuous week 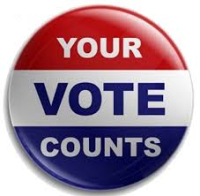 The nomination of Brett Kavanaugh was controversial when it was first announced due to his right-wing views. However, when multiple charges of sexual assault emerged, and the Republicans on the Senate Judiciary Committee disregarded them, tensions grew. In the end, though, the Republican soldiers, and one Democrat, lined up and... Read more →

The season finale of “The Bachelorette”: What a disappointment

Watching “The Bachelorette” or “The Bachelor” has never appealed to me. However, early this year, I saw Arie Luyendyk Jr. dump Becka Kufrin on “The Bachelor” after they got engaged. He threw her over for the blonde runner-up. I happened on the program when I was changing channels. Becka, a... Read more →

Facts and figures for Father’s Day 2018

What are your plans for Father's Day this year? Will you be taking your dad out to dinner or buying him a tie? Or, will you be taking a walk or a hike with your dad? Spending This year, 77 percent of Americans will celebrate Father’s Day and spend an... Read more →

In January, I had extreme back pain and was diagnosed with a compression fracture. I decided I’d try the osteoporosis medication, which turned out to be too expensive at Safeway. So, the nurse at my doctor’s office gave me a coupon for $5 at Costco for a different medication. While... Read more →

Valentine’s Day is a day for lovers, and Americans love to celebrate it. U.S. consumers are expected to spend an average of $143.56 on Valentine’s Day, an increase from last year’s $136.57. Total spending is expected to reach $19.6 billion, up from $18.2 billion last year. The numbers are the... Read more →

Watch out for romance scams

About 1 million Americans have been victimized in romance fraud scams with losses nearing $1 billion over the last three years, a study released by the Better Business Bureau shows. The BBB warns those who use dating websites to be wary of scammers who prey on unsuspecting victims. The scheme... Read more →

Ashley Madison agrees to pay $1.6 million to settle charges with FTC and states

The operators of the Toronto-based AshleyMadison.com dating site agreed Wednesday to settle Federal Trade Commission and state charges that they deceived consumers and failed to protect 36 million users’ account and profile information when a massive July 2015 data breach of their network occurred. The site, known for marketing to... Read more →

I’m the host for this week’s Best of Boomer Blogs #392. Spring is coming and boomer bloggers are thinking about new beginnings. They’re writing about cleaning houses, starting anew in life, getting rid of the gray – hair that is, and whether boomers should start business. The task of cleaning... Read more →